The board of ILMI are delighted to congratulate Ann Marie Flanagan, who has been endorsed by ILMI members as the ILMI nomination to run a Seanad campaign. The board would like to congratulate Ann Marie on her success, and also to congratulate Patrick Flanagan on his campaign as well. Having an open democratic process whereby members were able to nominate a candidate is something we can be proud of, but in making an early decision, we hope this gives Ann Marie an appropriate lead-in time to build her campaign with TDs, Senators and Local Councillors to secure votes when the next Seanad election occurs.

Why was ILMI running a Seanad Nomination Process?

Under the Seanad Electoral (Panel Members) Acts 1947 to 2015, ILMI is registered as a nominating body. This means that ILMI can propose a candidate to seek election to the Seanad. This means that ILMI can nominate a candidate to run a campaign as an independent to seek election under the Administrative panel, which elects seven Senators. Under the Charity Regulations, ILMI is precluded from being involved in political campaigns. We are unable to provide direct support to the successful candidate.

The Seanad elections must take place up to ninety days after the Dáil is dissolved. However, for an independent candidate to run a strong campaign, the board of ILMI felt it was prudent to select a candidate well in advance of a general election being called. This strategic decision was made to ensure the ILMI nominated candidate will have the appropriate time to plan and run a strong campaign.

In August, ILMI invited expressions of interest to seek the ILMI nomination to run a Seanad Campaign. There were two candidates who are seeking the ILMI Nomination: Ann Marie Flanagan and Patrick Flanagan. The members of ILMI were asked to vote for their candidate to run a Seanad campaign. In order that members could make an informed decision, both candidates outlined their approach which was sent to members.  We also facilitated a “virtual hustings” which allowed Ann Marie and Patrick to talk about their campaign strategy, their experience in running campaigns and their key issues. This video can be viewed here: https://vimeo.com/776346466

Using an online voting system called Election Buddy, each ILMI member was able to cast their vote over a two-week period. After polls closed, the votes were automatically tallied and Ann Marie was endorsed by the majority of ILMI who had voted. 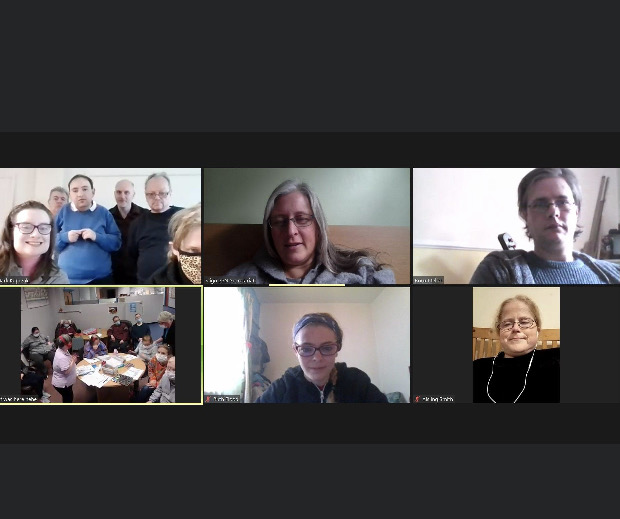 On Monday, the 9th of January, ILM’s Peter Kearns and Claire Kenny. Hosted the fourth HSE consultation workshop with Sligo DPO, a hybrid meeting that could be attended in person at Northside Community centre and on zoom. The workshop opened with introductions and a quick overview of the project on “effective participation” that ILMI and Inclusion Ireland are working on and most importantly how Sligo DPO’s participation and contributions will inform the project, as Sligo DPO membership is growing. Claire then presented a PowerPoint to Sligo DPO titled “Having our Voices heard: Participation and representation “, which covered teams to prepare members of Sligo DPO for the meeting with HSE managers. Included in the PowerPoint were the questions and answers obtained from the first three HSE consultations. Sligo DPO then had an active collective discussion to agree on strategic objectives to bring directly to the HSE to discuss specific changes in disability service provision in Sligo. Thanks to all that attended looking forward to future meetings

We try to bring you news items that may be of interest to our readers. And while Cork CIL makes every reasonable effort to provide information that is as comprehensive, accurate and clear as possible, the information provided on this site is of a general nature. The news and stories shared on this page are often from third party organisations. The ideas and opinions expressed in these articles are those of the original authors and are not necessarily shared or promoted by Cork CIL. Responses to articles and queries about third party information should be addressed to the original author.